Plant a tree in memory of Jack
An environmentally-friendly option 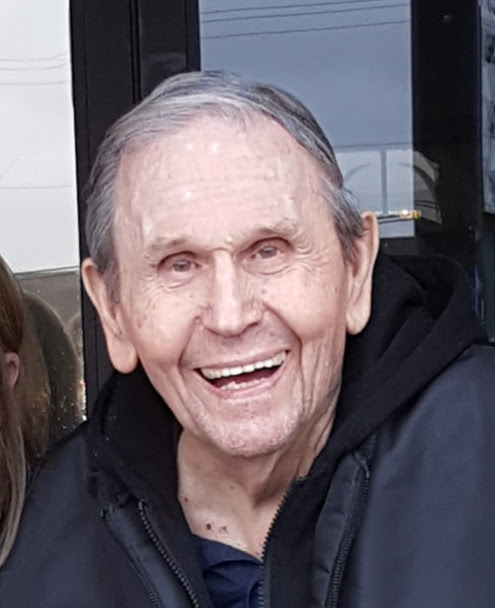 On Tuesday, March 9th, 2021, Jack Roland Lincoln, Sr., passed away with his family at his side. He was 89 years old. His joy for life was infectious, as evidenced by the many stories that have been shared about how he impacted the lives of others. His positivity and humor radiated through his huge smile, laugh, and warm heart.

Jack was born on August 20, 1931 in Arbyrd, Missouri. It is there that he met the love of his life, Billye Jean Ladd. They married on February 28, 1953. Together they raised three children, Jack Roland Lincoln, Jr., Jill Lajean Dusing (Reginald), and David Bruce Lincoln. Jack is preceded in death by his parents Elzie and Pansy Lincoln, his brother Donnie Max, and his wife, Billye. Jack’s pride and joy were his three grandsons, Bradley, Mark, and Sam. He often said how having grandchildren enhanced his life more than he could have ever imagined.

Jack earned his doctorate in education from the University of Mississippi. He went on to serve as superintendent of several school districts in Missouri including Arbyrd, Campbell, Senath, and Doniphan. As we watched Dad navigate the job of superintendent, we learned from him about serving those in need, championing the underdog, fairness, and lifting others up. He would say, “I’m just doing my job”, but his character was evident in the things he did and the changes he effected. One of these changes was pioneering integration in his district in the late 1960s. Sometimes he fed black athletes at his home after practice and drove them from Senath-Hornersville High School to their homes in Rives, a 23-mile round trip, since the school buses had already run.

He never doubted whether his choices were the right ones, or whether he would be criticized by his contemporaries--he led with his heart and never let his pride get in the way. He always did the right thing simply because it was the right thing, a sense he held deep in his core. His grandsons carry that legacy forward; they feel deeply that their own sense of right and wrong came from their Papa, not as lessons learned at his knee but by watching and hearing how he lived his life. His was indeed a life that was well lived. We will miss him dearly.

One day this summer, we will have a small graveside service and lay him to rest next to his beloved Billye at Memorial Gardens in Kennett.

Plant a tree in memory of Jack by clicking here.
To send flowers to Jack's family, please visit our floral store.

A service summary is not available

Plant a tree in memory of Jack
An environmentally-friendly option

Plant a tree in memory of Jack

4 trees planted in memory of Jack

Jill, In honor of all the "seeds" your Dad planted in the hearts and minds of so many people over the course of his life, we, your Growth Group family, chose to plant trees in his memory! Love you!!
Your GG Family


A Grove of 3 Memorial Trees was planted in memory of Jack Roland Lincoln Sr.

A Memorial Tree was planted for Jack Roland Lincoln Sr.

Plant a tree in memory of Jack